Happy New Year Everyone! As we're sure that many of you are on the mend today form last night's festivities, if brunch is the only thing that gets you out of the house today, we still salute you! Speaking of brunch, January 1st is also appropriately reserved for National Bloody Marry Day! 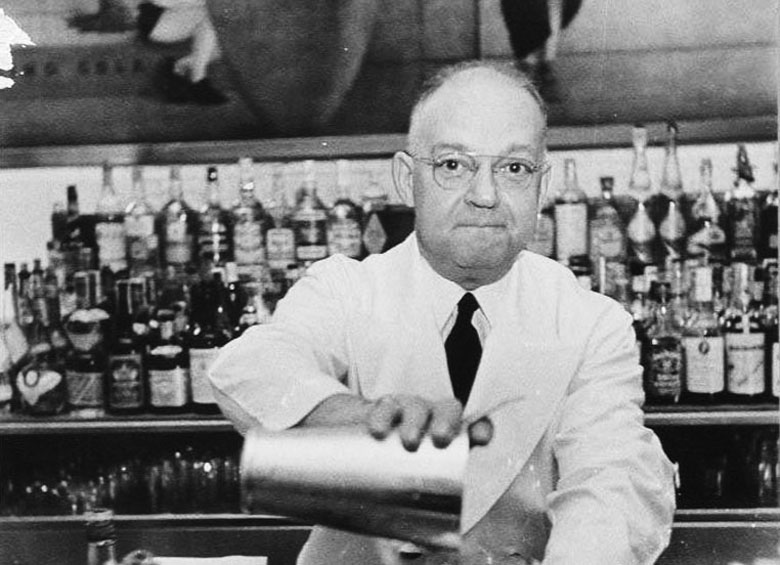 Much like other cocktail staples such as a martini or an old fashioned, everyone has their specific preferences when it comes to the components of their Bloody Mary. Maybe you prefer yours spun with Tito’s, or maybe you prefer it with Grey Goose. A few extra olives? sure! Want that baby spicy? I’m sure your bartender would be more than happy to toss in some tabasco or sriracha. The possibilities are practically endless with the right arsenal of boozy accouterment.

Here's a little insight into the Bloody Mary!

Due to the Russian Revolution in 1917, vodka began to make its way into the hands of the eager American public in the early 1920s. Meanwhile, a bartender named Ferdinand Petiot that was working at Harry’s New York Bar in Paris, France mixed up a concoction comprised of equal parts tomato juice and vodka. Due to a suggestion to name the drink Bloody Mary by a patron, the savory staple was born, and the rest is history. In 1933, Petiot brought the recipe to the states at his new residency at the King Cole Bar inside the famous St. Regis Hotel in New York City. This is where the alternative name for the Bloody Mary, the Red Snapper, was suggested by management. As you already know, the new name didn’t quite stick the same, and the Bloody Mary lived on.

New Yorkers enjoyed this new cocktail, but with a more sophisticated palate, patrons thought it to be a little bland. This encouraged Petiot to experiment with a few spicier components. A dash of hot sauce here, a sprinkle of black pepper there, and it appeared that a little heat is exactly what needed to be thrown into the mix. As the years went on, various tomato-based mixes were made specifically to yield a delicious Bloody Mary. One of the more popular pre-made mixes was introduced in 1976 by Tabasco, and due to public demand, an even spicier version was created years later. Throughout the next few decades, modifications were made, which gave birth to the Bloody Mary’s Latin sister: The Bloody Maria, and it's cousin: the Michelada. 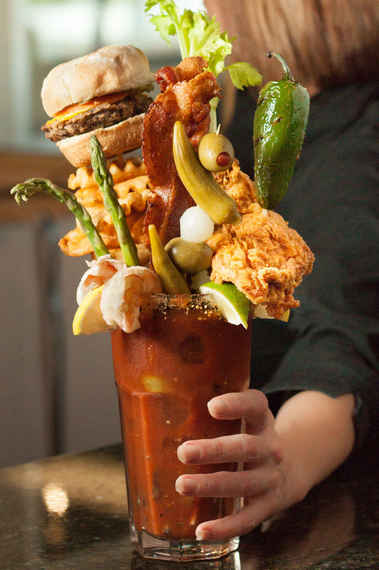 As aforementioned, the Bloody Mary is also one of those drinks that is just downright fun to dress up. The celery stalk was first included as an edible stirrer, and it wasn’t long before people started getting creative with their garnish game. That paired with a lemon or lime wedge with a couple of olives was the standard, but after the cocktail renaissance, we started seeing some pretty unbelievable bloody masterpieces.

It’s not unlikely, especially in the case of metropolitan cities, that you can throw a rock and hit a bar that has some sort of wild specialty Bloody Mary. We’ve seen everything from candied bacon, to cornichons, to even more outrageous toppers such as rock shrimp skewers or even A WHOLE MINI GRILLED CHEESE THAT YOU CAN DIP AT YOUR LEISURE. Excuse our excitement, that one got us jumping up and down with joy. Now that we’ve given a little insight into one of our favorite American classics (and got our own mouths watering in the process) we encourage you to experiment with your own Bloody Mary in 2020 and book our Bloody Mary bar to find new ways to enjoy this classic cocktail.